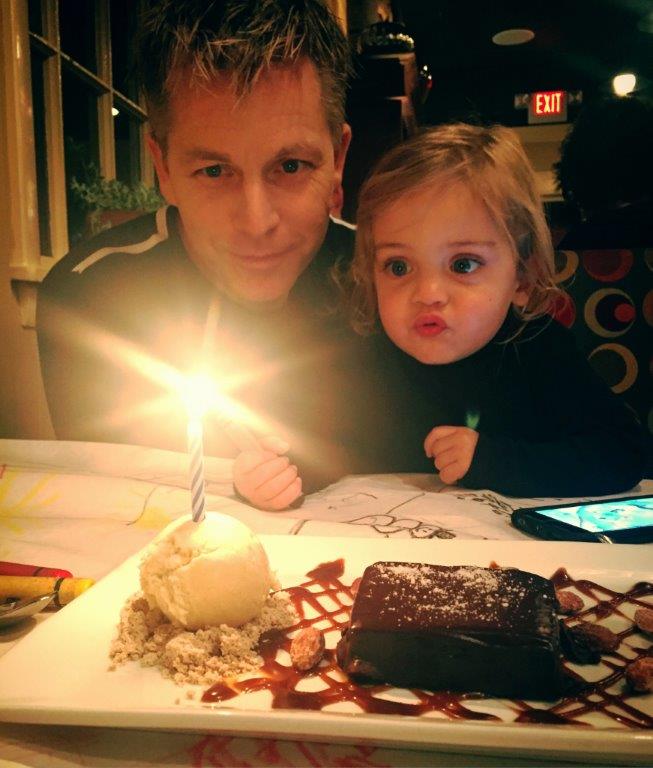 Chris Yonker says being a father to his young daughter, Grayson, is more than just making sure she is raised in a loving, safe home. It goes beyond providing the best opportunities for her as she makes her way through childhood and finds her own path in life.

For Chris, being a father is his opportunity to teach his daughter about men.

“A father teaches a girl how a man should treat a woman,” Chris says as he prepares to celebrate his first Father’s Day with his daughter. “I can teach her that through my relationship with my wife and how I live every day.”

Chris and his wife, Jolie, reflected on their roles and responsibilities in raising a child as they worked with Elaine Langton, Adoption and Maternity Services Coordinator at Catholic Charities New Hampshire, to adopt Grayson in 2014.

“There’s no black and white on being a parent and the process causes you to think about that,” Chris says. “What we did know is that being a parent is one of the greatest responsibilities to take on.”

“A father teaches a girl how a man should treat a woman. I can teach her that through my relationship with my wife and how I live every day.”

A father plays a significant role in his child’s life and the strength and health of his family. W. Bradford Wilcox, author of Gender and Parenthood: Biological and Social Scientific Perspectives, writes in The Atlantic about four distinct ways fathers positively contribute to their children’s development:

Chris says he turned to a friend, who is also a father, to be his mentor.

“There are a lot of (parenting) models out there,” Chris says. “We can create our own. The great thing is that we can decide what success looks like.”

The Yonkers want to raise Grayson to be independent and have three core values: respect, responsibility and resilience.

“We think about it every day,” Chris says.