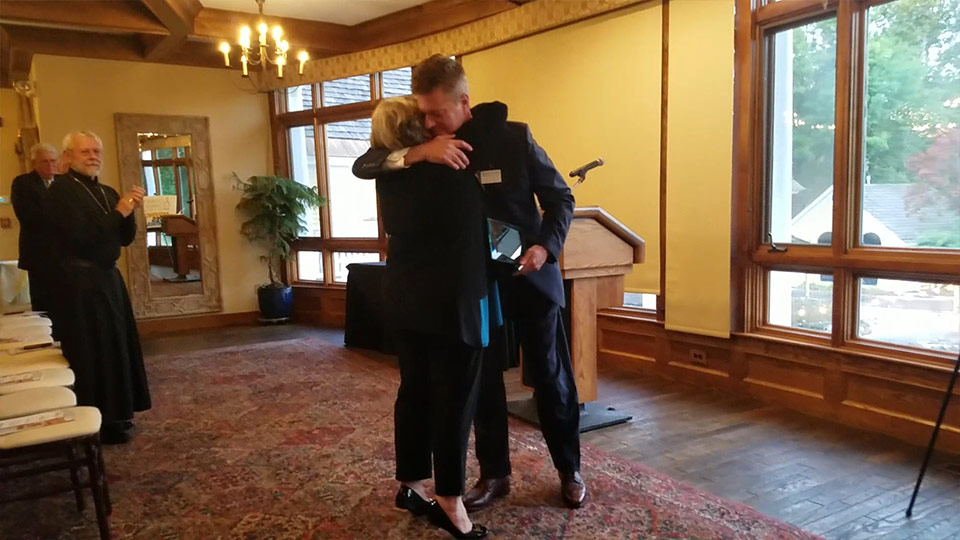 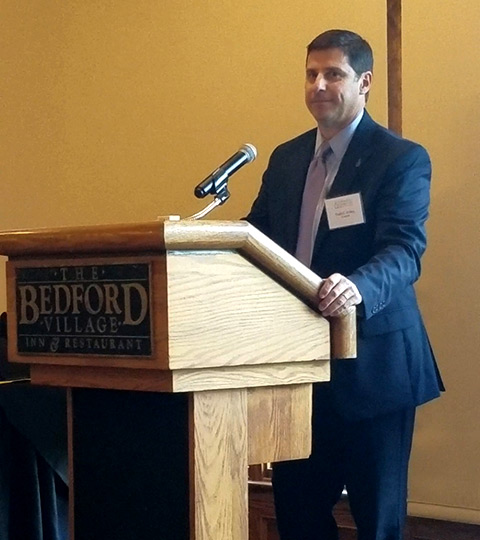 Todd Fahey, recipient of the Above and Beyond Award, speaks at the 2018 Annual Meeting.

In speaking about Catholic Charities’ relationship with our New Hampshire neighbors, CEO and President Thomas Blonski said, “What sets us apart is that we’re not a transactional nonprofit where people are a means to an end but a relational organization where we’re trying to find better ends to peoples’ means.” This sense of community and neighbors helping neighbors carried through the night’s program in remarks by Todd Fahey, as he shared his experience as the outgoing Vice Chair of the Board of Trustees after six years of service.

Outgoing board members Edward Dudley, Sr. Paula Marie Buley, Fr. Agapit Jean, and Todd Fahey were recognized for their service to the board and for their time and dedication in shaping Catholic Charities New Hampshire to be a better neighbor. Sister Mary Agnes Dombroski, DMML, MBA, received the “In His Footsteps Award” in recognition of her tremendous efforts in obtaining the certification of St. Charles School as a full-time licensed private special education provider for students facing behavioral, social and emotional challenges. Carolyn Benthien, a long-time champion of Catholic Charities New Hampshire, was awarded the “Guardian Angel Award” to recognize her unwavering support over the years. 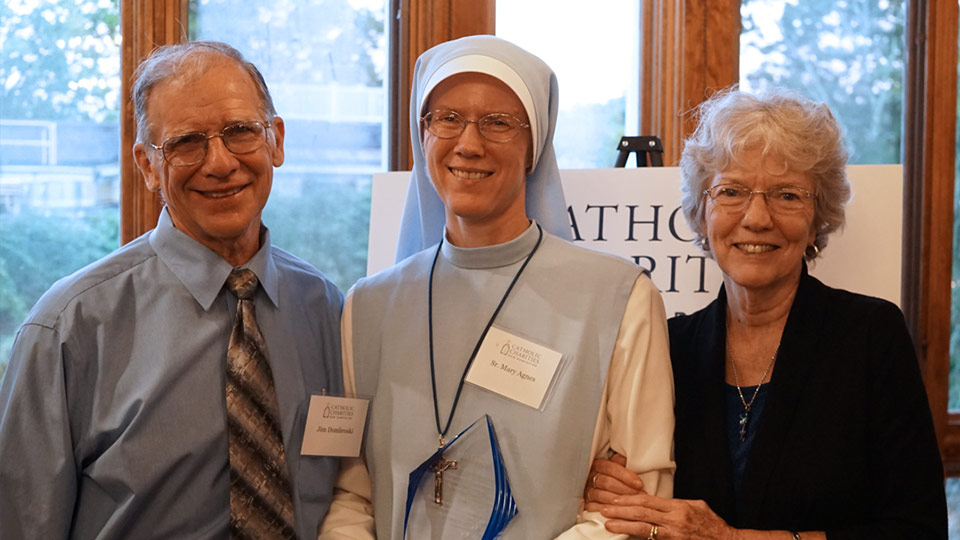 Sr. Mary Agnes Dombroski, recipient of the In His Footsteps Award, flanked by her parents, Jim and Jane.

The night concluded where it began: with relationships. Blonski spoke to the heart of what makes the mission of Catholic Charities possible when he said, “In essence, together you all provide the critical ingredients needed for our success. Thank you … for your common commitment to building, nurturing and sustaining the many relationships that help us move lives forward.”